HIV and the law in the United States 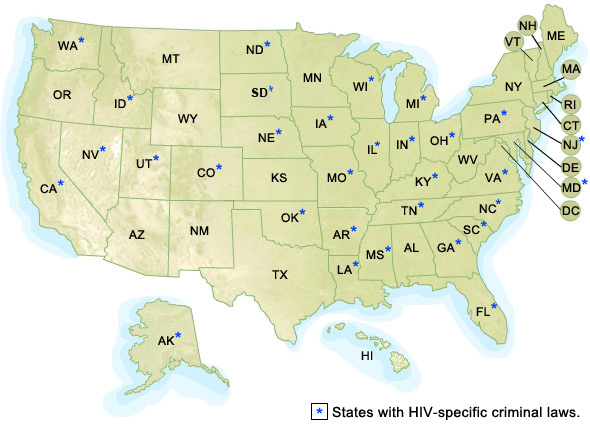 In the United States, laws concerning HIV transmission and exposure varies from state to state. By the end of 2010, 33 states had some form of criminal law, including those that criminalized extremely low risk for transmission behavior like biting and spitting. Our analysis of HIV legislation landscape indicates that laws criminalizing HIV exposure have exacerbated HIV prevalence while curtailing the proportion of people living with HIV that are diagnosed. Our study therefore shows that state laws criminalizing HIV exposure are not only ineffective, but are in fact counterproductive. 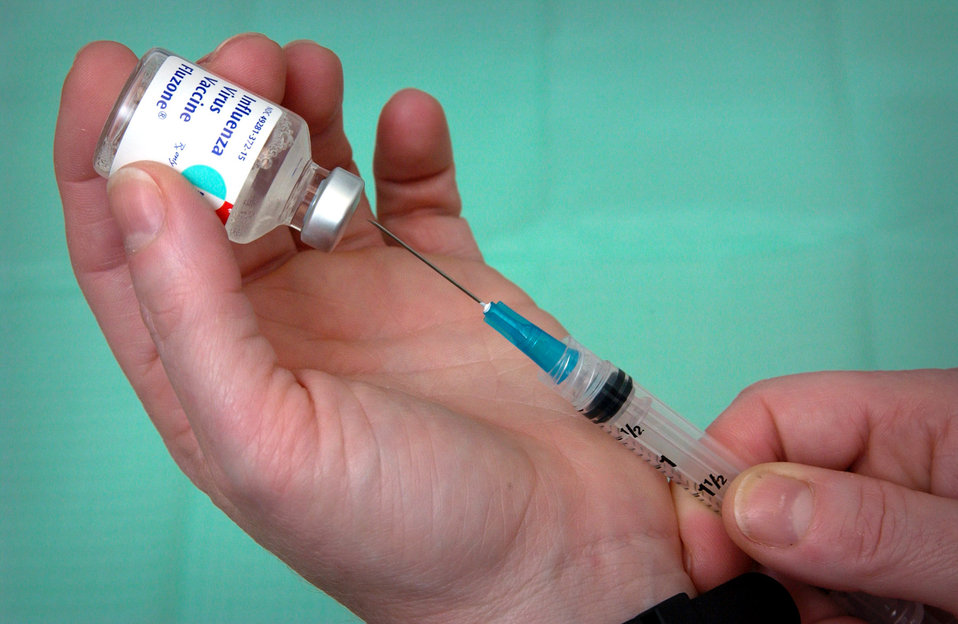 The efficacy of the influenza vaccine against the predominant influenza strain appears to be relatively low during the 2017–2018 season. Our analyses demonstrated the substantial effect of even low-efficacy vaccines in averting infections, hospitalizations, and particularly deaths. Our results also demonstrated that the health burden resulting from influenza is more sensitive to changes to vaccination coverage than to changes to vaccine efficacy. We further determined the uptake distribution of the 140 million doses available that would maximize the effectiveness of vaccination. Our results inform current public health policies and underscore the importance of influenza vaccination.

Social or Solitary: Does social network protect from disease?

Animal species ranging from mammals, birds, reptiles and fish to insects exhibit an impressive diversity in sociality. Sociality describes the tendency of animals to associate with their own kind, and varies from animals who are solitary (such as desert tortoises and raccoons) to complex hierarchical societies (such as carpenter ants, honey bees and spotted hyenas). Social networks are a valuable tool to understand sociality of a species because they allow us to represent how individuals are connected to others through social interactions. Although we know a lot about how human societies are organized, we know far less about the remaining 99.9% of species on our planet! For my PhD research, I tackled the challenge of exploring the link between animal sociality and their social network structure. Previous literature in epidemiology has established that disease risks are heavily influenced by the structure of social networks. If networks are organized differently in species with different social behavior, can sociality be then linked to vulnerability towards infectious disease outbreaks?

The path to answering this question turned out to be serendipitous. Initially, our plan was to focus on a few species where we could obtain social network and disease data by collaborating with field biologists. To plan for the experiments, I began a systematic exploration of the literature on animal social networks. To our surprise, we found an untapped wealth of data on social networks released alongside published studies. Towards the end of my third year, I was able to collect over 600 published social networks of 47 non-human species. We quickly realized that this dataset would be invaluable to answer questions about animal sociality and their disease risks at a much broader scale than initially anticipated.

The next challenge was to come up with a scientifically rigorous method of performing a meta-analysis on this dataset. The animal social networks in our dataset were collected in a variety of different research settings, so comparing the networks prima facie did not make sense. We decided to adapt a robust statistical approach that allowed us to account for differences in data collection methods and sampling effort, as well as control for taxonomy. We were therefore able to tease apart the biological differences between networks that were driven by social behavior of species as opposed to other non-biological explanations.

What did we learn?

Our recently published work in Journal of Animal Ecology, explains the dataset and the methods. We found that raccoons, desert tortoises and other solitary species have the largest variation in their numbers of friends, compared to other social species. In contrast, socially complex species, such as ants and spotted hyenas, have very similar number of friends. Finally, we found that gregarious species like bottlenose dolphins form many subgroups of friends; their social networks therefore comprise of a large number of smaller sized groups. Next, we performed computer simulations of disease outbreaks to find that the structure of social networks protect socially complex species from outbreaks of highly contagious pathogens. Social networks of gregarious species, however, make them more vulnerable to frequent outbreaks of such pathogens.

Why are these results important?

First, our results suggest that beyond taxonomic classification, social behavior of the species can predict the structure of their social networks. Second, contrary to the popular hypothesis that social-living is associated with a higher risk of disease transmission, we found that the organization of social networks can act as a first line of defense, alleviating the higher disease costs of group-living for social species. The study also highlights how meta-analysis of social networks can be performed to answer basic and applied questions in animal ecology.